Blockchain is not a newer topic, it’s been there for years, but it’s getting more popularity these days. So, in this article we are going to discuss what blockchain actually is, what benefits does it bring, and what consequences will it lead to the society.

What Actually is a Blockchain?

this is how google would like to define it:

a digital ledger in which transactions made in bitcoin or another cryptocurrency are recorded chronologically and publicly.

Okay, let’s dig through the definition. It’s a distributed database that keeps the record of every transactions involving value. It could be money, goods, property, works, votes, etc. The database is open so that it maintains transparency. Remember, it’s a long chain of blocks that is continuously growing and you can’t alter the chain going through some points in the past. If anyone tries to go to the some point in the past and alter a block, then it will alter all the blocks since then. Since there are many peers of blockchain on a distributed system, we can see if any of the blocks have been altered. So, it will be very harder to alter or break any block in the past. That is why we say, a blockchain is immutable or unchangeable.

How the Blockchain Works Under the Hood?

The very simple theme here is that it works as a system where records could be stored that could be verified by anyone and security is guaranteed. That’s why no one can alter the system by editing because everyone using the system would be watching. Blockchain stores information across the network of personal computers making them not just decentralized but distributed. This means no central authority owns the system, yet everyone can use it. The people who run the system holds bundles of records submitted by others known as blocks in a chronological chain. The blockchain uses cryptography, which is a form of maths used in solving codes, to ensure that records can’t be altered by anyone. Digital coins like bitcoins, ethereum, steem etc uses their own blockchain by tracking records of ownership over digital cash so only one person can be owner at a time and a cash can’t be sent twice.

I hope you’ll get a clear picture from this picture 😜 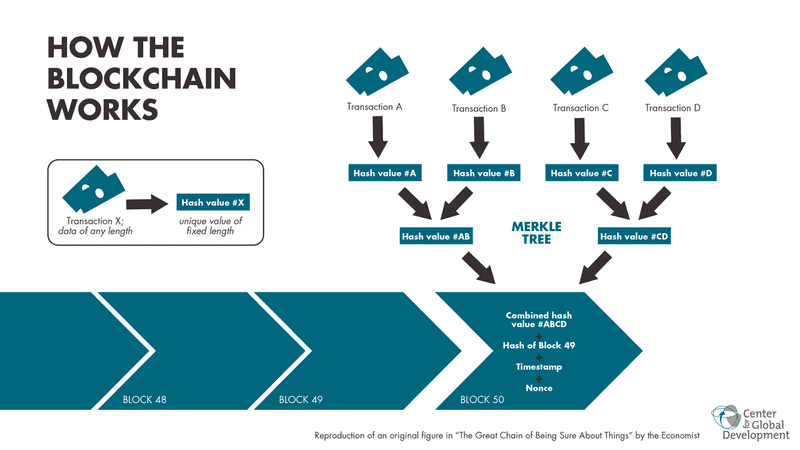 What Revolution Can We Expect from a Blockchain Society?

Cryptocurrencies like bitcoins, ethereum, dash, steem etc is just the beginning of a blockchain revolution. In the future, we can see blockchains that manage and verify online data which enables us to launch companies that are entirely run by algorithms. The future global economy will move towards one of the distributed property and trust where anyone access to the internet can get involved in blockchain based transactions and third party trust organizations are no longer required. The uses of blockchain technology are endless. Some area that we can see blockchain being used in the near future are as follows:

Today we rely on all source of institution that exists as third party authority to maintain sets of records. That role as a third party is no longer necessary with the introduction of a blockchain society.